6 ways to train less and still get stronger 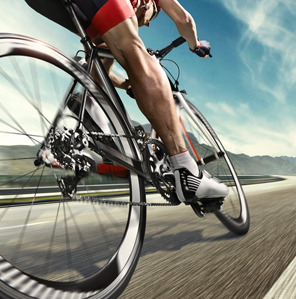 “I’m really disappointed in my performance today. I guess I need to train harder.”
If I had a rand for every time a rider I was working with uttered one of those phrases, well, let’s just say I wouldn’t hesitate to buy a brand new carbon fork and frame.
The answer to these crestfallen cyclists is rarely ever, “Yes, you should train harder.”
Many of them dig so deep, they’re already a few inches shy of six feet under, metaphorically speaking. Instead, what they really need to do is to train smarter.
Next time you think, “I need to do more,” consider that maybe that more is actually less, and try these six training strategies that are all but guaranteed to help you make gains.
Step 1: Take a rest day (or two) already!
Many of us (guilty as charged) get sucked into pushing ourselves too hard too often, because it feels good to go hard and blow off stress, whether you’re on your bike or in a CrossFit box or running on your favourite trails.
That is, until you start to feel flat and sluggish because you’re breaking your muscles down without ever giving them the proper and complete rest they need to build back up.
That’s not just bad for your bike performance; it’s bad for you.
In a study published earlier this year, Canadian researchers found that Olympic rowers had lower levels of bone-building protein in their blood and higher levels of inflammation during hard training blocks, compared to recovery periods, where they took days completely off.
Research has also found that successive intense workouts without a recovery break can lower your immunity.
When you’re riding hard and training lots, schedule one day off each week to recover.
Step 2: HIIT your max
I feel bionic. That was my exact thought while I was out doing an interval workout a few weeks ago. My legs felt fresh. I was hitting my max heart rate. I wanted to push as hard as I could and nail my workout – a sensation I hadn’t felt in a while. What made the difference?
I had taken a very easy week with two rest days the week before. That’s the magic of actually following Step 1; you have a full tank of gas and a head of steam for Step 2 – go really hard.
Sprint intervals are the quickest way to get strong and fit fast. They literally take almost no time – mere minutes (this is also a good way to psyche yourself up for doing them; remind yourself that they’re really short).
The key is going mad-dog frothing at the mouth hard for 10 to 40 seconds. Do six to eight efforts with about one to two minutes recovery in between to let your heart rate come down.
If done a couple times a week, this type of training raises your V02 max, lactate threshold, and levels of human growth hormone and testosterone, which help you build muscle and burn fat.
In a study of 22 trained cyclists, those who replaced part of their usual training with intervals for eight weeks improved their power output during a 40K time trial by nearly 8%, while the others saw no measurable gains.
Step 3: Lift (really heavy) things up and put them down
When I’m just riding lots, I feel pretty fit, but after a few months, I definitely feel a loss in torque and power. Intervals help. So does strength training – another scientifically proven way to get stronger and faster in less time.
Strength training especially benefits women and masters riders (who have less muscle mass to start or are at a point where lean muscle mass dwindles with the passing years), but it has been shown to produce gains for young riders, as well.
When Scandinavian researchers had a group of young elite riders swap in some heavy “leg days”, including moves like half squats for their usual endurance training once or twice a week for 25 weeks, they significantly improved their peak wattage during a 30-second sprint test, as well as their average wattage during a 40-minute all-out TT, compared to a group of their peers who stuck to their usual on-the-bike endurance training, despite the fact that the strength trainers actually spent a little less time training overall.
...more details
Posted by Tips2healthy at 9:29 AM No comments:

Email ThisBlogThis!Share to TwitterShare to FacebookShare to Pinterest
Labels: Fitness 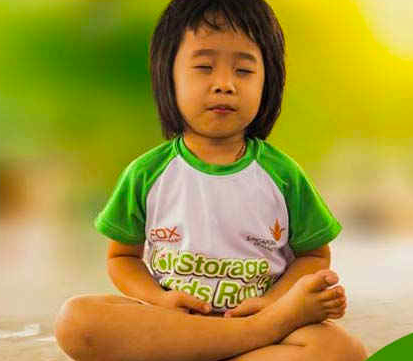 Yoga is not just for adults; it is a great way to usher tiny tots into a healthy regimen. Yoga is a multifaceted subject. Aspects of yoga, when properly taught under a yoga practitioner, will provide children with sound physical and mental health and lead to balanced growth.
Children should first be taught asanas that correct anatomical defects and create flexibility. Having prepared the foundation properly, the teacher should proceed to teach complicated asanas that affect physiology and psychology of a child. Yoga asanas are not contortion of the body. Skill in the performance of yoga asana means correct placement of limbs and muscles in difference postures.

Physiological Importance of Yoga for Children

...more details
Posted by Tips2healthy at 9:07 AM No comments:

Email ThisBlogThis!Share to TwitterShare to FacebookShare to Pinterest
Labels: Yoga

Keep your Kid Healthy with These Yoga Poses 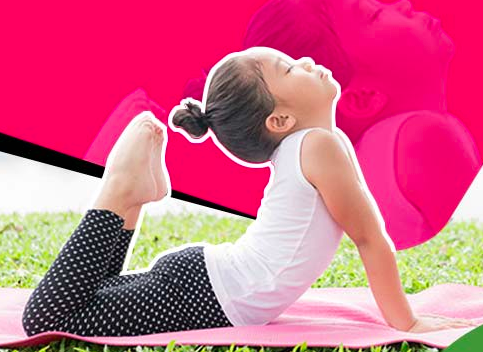 We are in an age where everything is fast and in order to keep up with times, we need to maintain our health. This age of technology (computers, television and competitive sports) gives rise to tense, exhausted bodies and stressed minds. More and more children are spending time in front of the TV. In this challenging scenario, yoga may be just what they need for greater health, energy and enlightenment.
Yoga is just the right kind of exercise for children as it is gentle, non-competitive and works on not only the entire body but also on the mind and the soul. You cannot deny the fact that a kid has many activities to take care of. Starting right from attending school to curriculum classes, sporting activities, etc., they have to face it all. If you expect so much from your kid, then remember that yoga for kids is crucial to let them survive in this competitive world.
How Yoga Helps Children?
Yoga helps kids nurture their tender minds and bodies. It is a holistic technique of relaxing distracted minds and gaining composure. Moreover, children can develop an intimate relationship with their inner-self and the surrounding world.
Yoga helps boost concentration levels, focus and attention of kids. It increases their self-esteem and confidence, enhances their creativity and imagination, develops strong, flexible and healthy bodies and gives them an experience of a relaxed state of body and mind. Fun Ways of Yoga Practice
Over the years, several fun-based yoga programmes have come up. These involve theatre and stories (each story has value in it). Stories often take the mind to far away places and to get there you have to fly. Yoga is being taught differently from the way it is taught to adults. The programs also include shlokas, mudras and pranayams.
Yoga means connecting to God. A child's mind is pure and body flexible. They'll absorb everything that is given to them. The earlier your child begins the better he/she will feel. Let Yoga be his guide into the world of good and harmonious living. Give them a gift to stay healthy, happy, positive, self-confident and emotionally independent.
...more details
Posted by Tips2healthy at 8:58 AM No comments: