Can Yoga Provide Relief for Asthma? 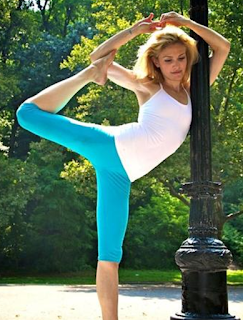 A new review, summarizing multiple studies, published in the Cochrane Library, suggests that yoga may have a beneficial effect on symptoms and quality of life in people with asthma.


Good news for asthma sufferers: Yoga may have a beneficial effect on both symptoms and quality of life for those with asthma. A new review, summarizing the results of multiple trials, was published last week in the Cochrane Library with evidence that yoga exercise reduces the impact of asthma on people's quality of life.
Asthma, a chronic disease of the airways that makes breathing difficult, affects an estimated 300 million people worldwide. Symptoms typically include wheezing, coughing, chest tightness and shortness of breath. (Related: Yoga Breathing Exercises To De-Stress Instantly)
The 15 studies that the Cochrane researchers took into account were conducted over a time period of two weeks to over four years, and involved 1,048 men and women in various countries. "The majority of participants had mild to moderate asthma for six months to more than 23 years. Six studies looked into the effects of breathing alone during yoga exercise, whilst the other studies assessed the effects of yoga that included breathing, posture and meditation," according to the report.
While the study found that yoga could make life a little easier for asthma sufferers, the report noted that more research would need to be done to determine whether yoga practice could be an alternative to asthma medication.

Email ThisBlogThis!Share to TwitterShare to FacebookShare to Pinterest
Labels: Yoga